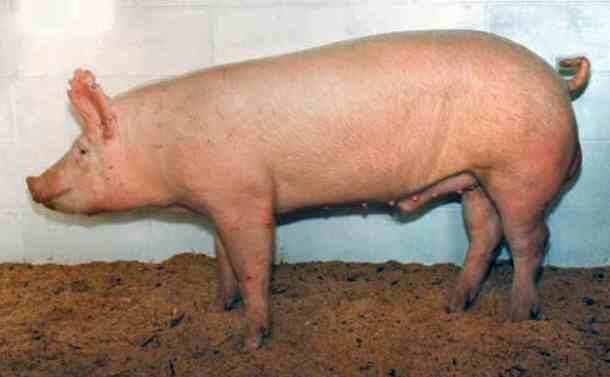 The History of the Large White

The Large White breed was developed in Yorkshire, England, and was one of the prominent breeds of improved pigs that went on to have a significant impact on pig genetics throughout the world.

In the early 1900s the Large White was one of the predominant breeds, used for the production of both pork and bacon. Although its coat and skin colour makes it prone to sunburn, it is still regarded as being relatively hardy and suited to both intensive indoor production and extensive outdoor systems.

The breed is most notably known for its large size, long deep sides, erect ears and slightly dished face, as well as its production characteristics. Today the modern Large White has a good reputation for large litters, good milk production, good growth rates and lean carcasses.

The disadvantages of the modern breed are that they are more suited to intensive productions systems with commercial feed rations, and do not always perform as well in less intensive environments.

The Large White also became well known for its ability to produce hybrid vigour in crossbreeding, and is often used as a terminal sire in production systems.

The Large White was popular in New Zealand in the early 1900s in commercial herds, and was suited to most breeding and rearing systems for the production of both bacon and pork.

Worldwide the numbers of Large White pigs is still high, although in New Zealand their numbers are declining as commercial production systems now use predominantly commercial hybrids. 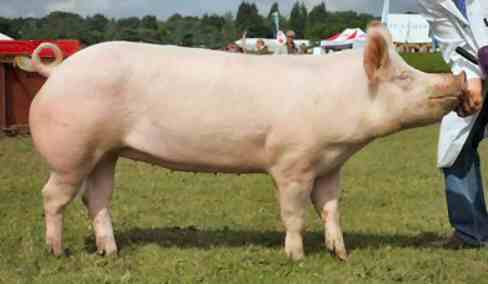